We’re thrilled to see the far-left in America has the same respect for the Democratic process as their forebears did (for a reference to their forebears, see here).

On Tuesday, Calif. Gov. Gavin Newsom signed a bill requiring President Trump to either release his tax returns or he won’t appear on the ballot in the state. 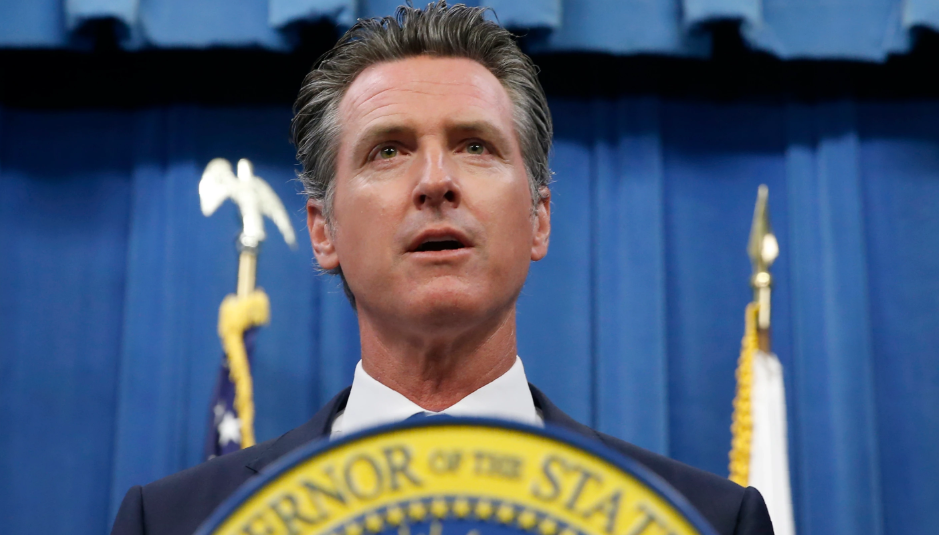 Under SB 27, called the “Presidential Tax Transparency and Accountability Act,” any candidate running for president or governor in California must file copies of their tax returns from the previous five years to the California secretary of State, or their names will be stricken from the ballot, the Hill reports.

Newsom argued that, as the largest economic engine within the US, California has a “responsibility” to demand this additional information (for the record: the Constitution doesn’t say anything about candidates releasing tax returns – though the federal income tax didn’t exist back on).

“As one of the largest economies in the world and home to one in nine Americans eligible to vote, California has a special responsibility to require this information of presidential and gubernatorial candidates,” Newsom said.

“These are extraordinary times and states have a legal and moral duty to do everything in their power to ensure leaders seeking the highest offices meet minimal standards, and to restore public confidence. The disclosure required by this bill will shed light on conflicts of interest, self-dealing, or influence from domestic and foreign business interest.”

A Trump campaign spokesman called the new law “unconstitutional,” and insisted that there was a good reason why California’s last governor, Jerry Brown, refused to sign the legislation.

“There are very good reasons why the very liberal Gov. Jerry Brown vetoed this bill two years ago – it’s unconstitutional and it opens up the possibility for states to load up more requirements on candidates in future elections. What’s next, five years of health records?” he said.

“The Constitution is clear on the qualifications for someone to serve as president and states cannot add additional requirements on their own,” he said. “The bill also violates the 1st Amendment right of association since California can’t tell political parties which candidates their members can or cannot vote for in a primary election.”

Unsurprisingly, the bill was overwhelmingly passed by California’s assembly and the state senate earlier this month. Among its more appalling provisions, the bill includes an “urgency clause”, which would allow it to take effect before the 2020 vote, meaning any Californians who want to vote for President Trump might need to write his name in.

Though it has faded from the headlines somewhat, the battle over Trump’s tax returns continues to rage. The administration is already suing New York State, which recently passed a law allowing the state to request Trump’s tax returns, while in Congress, the Ways and Means Committee has filed a lawsuit over the administration’s refusal to release Trump’s returns, which is likely the beginning of a lengthy legal battle.

Surprisingly, Trump was joined in his outrage by some liberal pundits who have stood out for their opposition to Trump’s ideas.

This remains a terrible, anti-democratic idea and California should be embarassed. https://t.co/dYHAEtrnE5

We imagine California won’t be the last state to pass such a bill, but given Trump’s deep unpopularity throughout most of the state, he was unlikely to win any delegates from California: Imagine what will happen when swing states like Colorado and New Hampshire start trying to pass these types of laws?

Get your Real American news: